There Will Be Blood: A Review Of Scottish Opera’s Anthropocene… 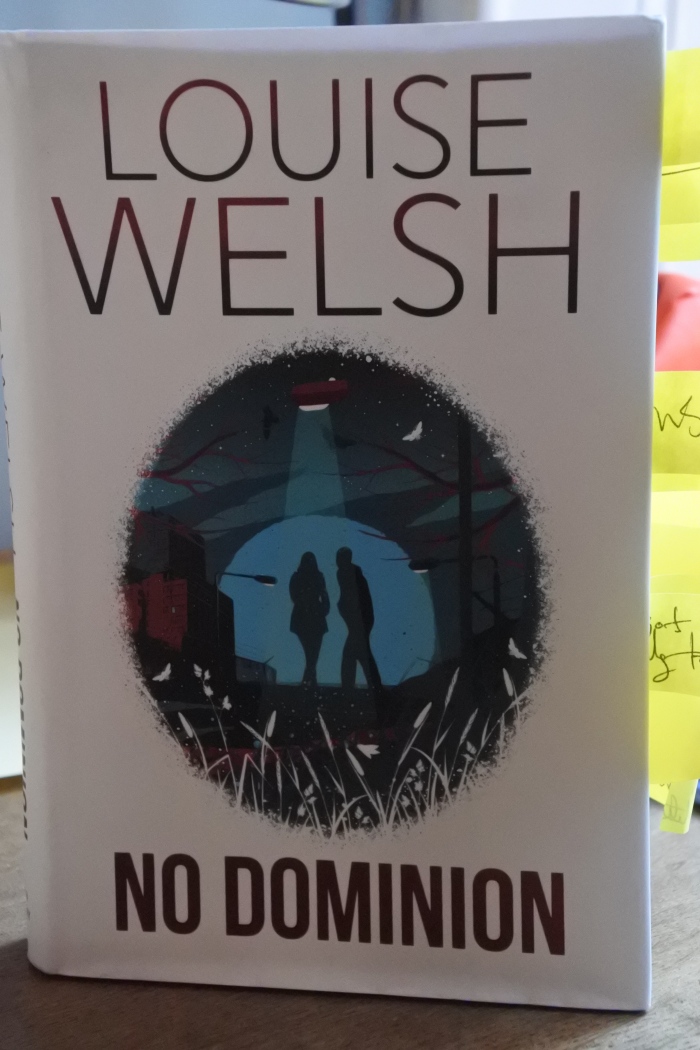 Closing Time: A Review Of Louise Welsh’s No Dominion… 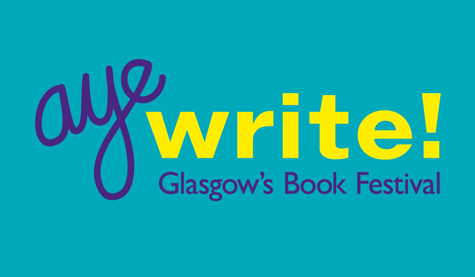 One Green Bottle: A Review Of Scottish Opera’s The Devil Inside…

We Have Lift-Off: A Preview Of The Edinburgh International Book Festival 2015… 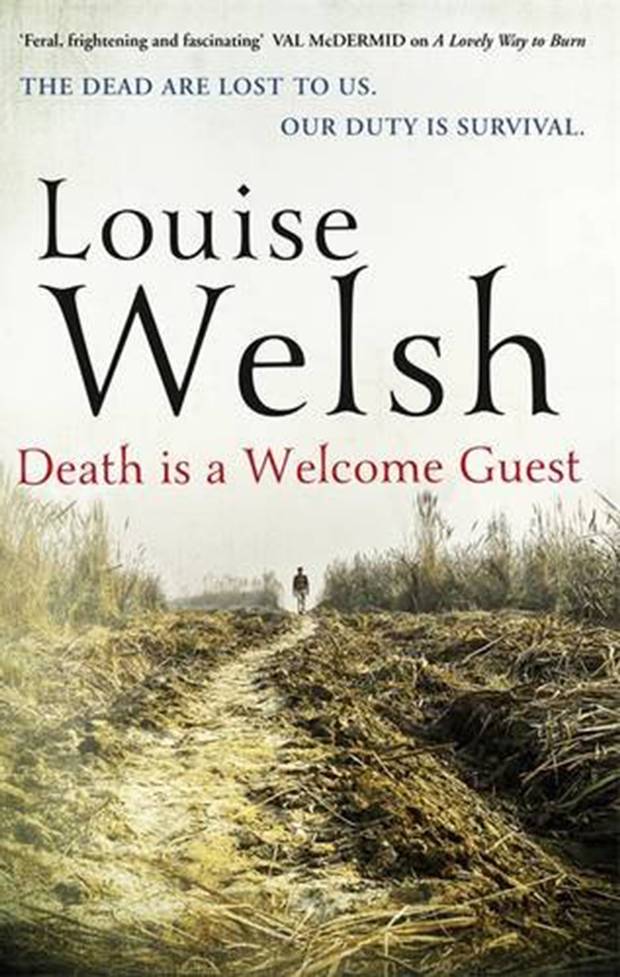 Two Out Of Three Ain’t Bad: A Review Of Louise Welsh’s Death Is A Welcome Guest…

Inside Out There: The Scots Whay Hae! Podcast Talks To Zoe Strachan + Live Readings…

Babylon’s Burning: A Review Of Louise Welsh’s A Lovely Way To Burn…

Although I’m sure there are are some who would disagree, attending an author’s reading of a book you are going to review is always informative. You can gain further insight into the reasons the writer has for writing the book in question, and while it may not change how you view the book, it can add useful context to the review.

This was particularly, and thankfully, true about the launch of Louise Welsh’s latest novel A Lovely Way To Burn. Welsh began to read the opening passages, and I didn’t recognise any of it despite having finished the book. It was only afterwards I realised I had managed to miss the prologue; which not only sets the place, time and tone for this novel, but for the trilogy of which this is the first part. So, what I actually mean is that attending an author’s reading of a book you are going to review can be informative, but especially if you’ve made a stupid oversight when reading it in the first place.

In said prologue, three high profile, apparently unconnected and unexpected, shootings take place in London in the summer the book is set, which make it clear that what is about to unfold won’t be pretty. But then this is a Louise Welsh novel. That can probably be taken as read.

A Lovely Way To Burn follows the trials and tribulations of Stevie Flint as she tries to solve the murder of her doctor boyfriend Simon just as a plague is visited upon London. The strapline is ‘It doesn’t look like murder in a city full of death’, and this is a thriller set against what is increasingly looking like the end of days, at least in W1. People are coming down with a deadly dose of  ‘the sweats’, which may sound like the natural result of over indulgence, but proves to be worse than the worst morning after you’ve ever had. It’s the end of the world as they know it, and no-one feels fine.

Actually, it is likely that this plague is a result of over indulgence, at least by some in this society, or perhaps society as a whole. Welsh herself has admitted that her ‘Plague Time Trilogy’ is at least partly inspired by the dystopian visions of the films, but particularly the TV, of her youth. These are programmes such as Terry Nation’s Survivors and the later Threads, and it does have the grim realistic feel of that time when the world was under the shadow of the bomb, and the threat of nuclear holocaust was only too believable.

However,  the idea that we are only ever days and an unnamed disaster away from the breakdown of society is one which endures, and more recent reference points could be The Walking Dead, 28 Days Later or even Sean Of The Dead. What makes Welsh’s vision more chilling than those is that she is not dealing with zombies or other metaphorical monsters. What unfolds in A Lovely Way To Burn seems to be the result of a viral epidemic, as in the 1995 film Outbreak or 2011’s Contagion, and that possibility, with recent global scares such as Bird Flu and SARS still fresh in the memory, feels all too realistic.

As Stevie focuses on Simon’s story, she finds herself on the streets and the tragedy which is unfolding all around her is the backdrop to her plight. Her determination to solve the mystery behind his death brings her into contact with people from organisations which seem to be institutionally dishonest at their heart; police, public school educated bigwigs, and, most pointedly, those who practise private health care; a place where the two aims of helping the sick and making profit inevitably pull in different directions.

The more she uncovers about Simon’s personal and private life, the less it becomes about justice for him as Stevie uncovers a conspiracy which, considering what is occurring in the city, goes much further than one man’s death. It is the determination and doggedness of Stevie to find the truth when nearly everyone she meets tries to dissuade her which stops the novel being relentlessly depressing. In the TV and films mentioned above there are always heroes who refuse to just accept their fate, and who continue to look for solutions or answers when others would fold. Stevie represents hope and humanity against the odds, and it is vital that we believe that no circumstance, no matter how bleak it may seem, is completely without those things.

A Lovely Way To Burn once more proves that there are few writers who can unsettle as Louise Welsh does. Although this is a story told through the eyes of an individual, the concerns are universal, and it makes you ask what you would do in such a situation. Do you find a cause to take up, do you flee, or do you take refuge in your local, waiting for the plague to pass your door, or do you simply await your fate? These are questions you are forced to ask, even when you may not like the answers.

Welsh’s novels have always been concerned with man’s potential for inhumanity to their fellow man, but her most recent novels, Naming The Bones, The Girl On The Stairs and now A Lovely Way To Burn,  have taken that a step further to look at the reasons some people harm children, perhaps the most upsetting and emotive crimes of all. In this novel she asks questions about the institutions where it is almost expected that children will at the very least be exploited, at the very worst much worse, especially if there is the chance of a profit at the end of it. As London burns she asks us to consider why, and it is to her credit that there are no easy answers. It is this desire to cast her always insightful and incisive eye on what society tacitly accepts which raises her writing above most thriller/horror writers. What she portrays is only too believable, and terrible, and that’s where the real horror lies.
*

You can read about and listen to the Scots Whay Hae! podcast with Louise Welsh that was recorded in 2011 by clicking here. 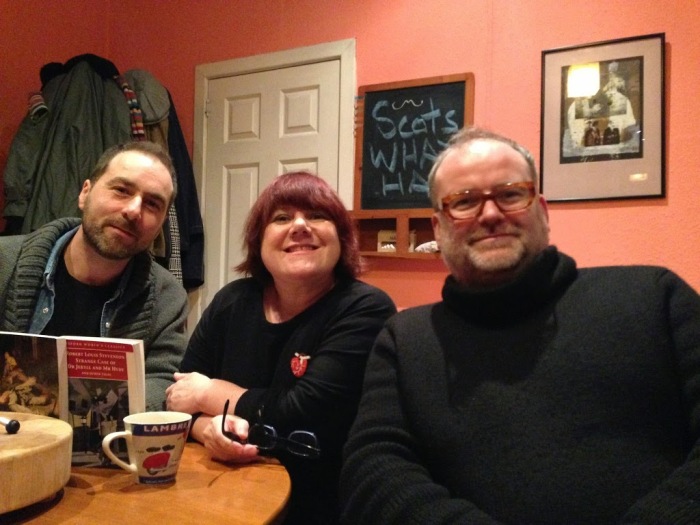