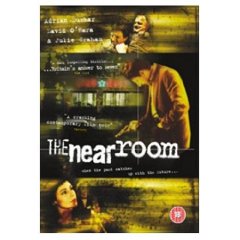 James McAvoy and the Viet Cong…

How could I forget…

I was lucky enough to get a ticket to the Scottish Songbook concert at the Concert Hall in Glasgow on Saturday night (Thanks Chris!) I wasn’t sure how it would turn out, but it was a grand evening. More contemporary than I was expecting. Performers included Karine Polwart, who was the director of the evening, Ricky Ross and his missus Lorraine MacIntosh, Emma Pollock, King Creosote, Kris Dever, Maeve Mackinnon and … B.A. Robertson!

B.A. was looking fit and rakish. To borrow from Chris, he looked like Andrew Neil’s healthier, younger brother, and the patter was back in full effect. When Ross came onto to cue his time to leave the stage he threatened not to leave, wanting to lead a chorus of We Have a Dream, or even Kool in the Kaftan (perish the thought).

Robertson was always the kind of pop performer that was never taken seriously, even by himself. He was quite popular in the primary playground because he was daft, lanky and deeply uncool, and young kids don’t care about such matters. He also wrote Scotland’s best World Cup Song (admittedly there is not strong competition) with the aforementioned We Have a Dream. Fronted by Gregory himself (John Gordon Sinclair) and backed by the 1982 squad, the song captured the optimism that used to accompany following Scotland. No chance of that these days. Robertson throws the kitchen sink at it. I’ve tried to find a clip of them on Top of the Pops, but to no avail. However, here it is with some relevant imagery:

Back to the Concert Hall. The form of the evening was that performers chose their favourite Scottish Songs to sing. It started with The Eurythmics’ Here Comes the Rain morphing into Bronski Beat’s Small Town Boy and finished with everyone coming back on for a rousing Sunshine on Leith. Highlights included Emma Pollock doing The Humblebums’ Everybody Knows That and Kenny Anderson doing Ronnie Clark and Carl McDougall’s Cod Liver Oil and the Orange Juice. Here’s a great wee clip of Kenny performing the song with James Yorkston and Pictish Trail. The quality, and the speed, of the film add to the manic nature of the performance:

Emma Pollock and Kenny Anderson gave themselves, what I considered to be, the biggest of challenges of the evening with two of their choices. Emma, backed by Karine Polwart, went for The Blue Nile’s Downtown Lights, (and you’ll have gathered by now my feelings towards them). They sang beautifully but missed the aching sadness, the effortless emotion, that is present in Paul Buchanan’s original vocal.

Kenny, even more courageously, plumped for The Associates Party Fears Two. Perhaps I am too close to these songs, they mean too much to me, but these were brave attempts that only made me pine for the originals. Billy Mackenzie’s soaring vocals in particular gives Party Fears Two a magical quality. Here are The Associates performing it on Belgian TV:

God I miss Billy Mackenzie. If I ever start hearing voices then I hope it’s his telling me to take out the queue at the post-office.

Sunday night was Laura Veirs at the Oran Mor, and apparently was the first night of her tour. She is good on record, but was great live, after a slow start. If you have the opportunity to see her in the future I would highly recommend it. 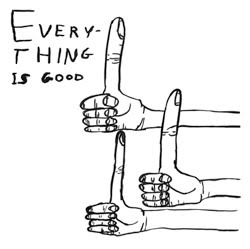 Over at .Dear Scotland they’re voting on who is the greatest Scottish vocalist of all time. Currently the sensational Alex Harvey is neck and neck with the Simple Mind that is Jim Kerr, with Annie Lennox a distant third. If you want your vote to count get over there now.
My personal choice was, of course, for The Blue Nile’s Paul Buchanan, closely followed by Billy McKenzie, but it seems the public prefer Alex’s rocker’s rasp or Jim’s overblown, if oddly endearing, vocal stylings. If I had to choose between the two it would be Alex Harvey all day long. To compare for yourselves you should have a quick peek at the clips which can be found in these earlier blog entries: (Simply delicate… & BPE: Before Postcard Era )
Anyway, to see in the New Year I want to post something I came across while I was putting together my top ten Scottish music list (‘The Scottish Music I Love’ Top Ten of the 00’s…) This is a clip of Paul Buchanan in duet with another fairly impressive Scottish vocalist, Sharleen Spiteri, live at Abbey Road. The song is Texas’s Sleep and can be found on their album 2005 album Red Road. The clip simply shows two singers revelling in singing. I think it’s kind of wonderful:

*Word of warning. Never seek out the official video for this song. It features Peter Kay and will spoil what you have just seen forever. See you in the New Year…

This is my final end of the decade list, and it is of my favourite Scottish music over the last ten years. It’s not about single songs but is concerned with the bands or albums that I’ve returned to again and again. There are a couple of live clips, but the majority are videos. As usual, ask me tomorrow and they may all have changed (apart from number 10).

I’m going to start with a band who made some of the best music of the early part of the decade. Possibly inspired by Irvine Welsh, this is Ballboy with I Hate Scotland:

Next up are the sadly missed The Delgado’s who were one of the best bands to see live. I don’t want you to think this list is carefully thought out, because it’s really not. However, nicely continuing the theme of hate, this is All You Need is Hate:
Sometimes a band comes along, release a brilliant album, then, perhaps in the face of a world who doesn’t love them as they should, they split. I thought one such band was Dogs Die in Hot Cars (admittedly a terrible name), whose debut Please Describe Yourself was a great piece of pop. I’ve since heard rumours that their follow up should be on its way soon. Until then this is 2004’s Godhopping:
Continuing to make great music separately, Aidan Moffat and Malcolm Middleton still found time to make some classic Arab Strap material before calling it a day. I could have picked lots of example of their solo stuff, Middleton’s 2002 5:14 Fluoxytine Seagull Alcohol John Nicotine in particular was one of my favourite albums of the decade. Admittedly, at least in part, to make my life easier I’ve chosen an Arab Strap song to represent both. From 2005 this is Dream Sequence:
I think the most unlikely combination of the decade would be ex-Screaming Tree Mark Lanegan pairing up with Isobel Campbell, but it worked a treat. However this is my favourite Isobel track of the decade and it is another duet. From her 2003 solo album Amorino, this is Isobel and Eugene Kelly with Time is Just the Same:
This seems as good a time as any for my inevitable Belle and Sebastian choice. They have made some of my favourite music of all time and were as important to me when they came along in the mid-nineties as The Smiths were to the teenage me in the mid-eighties. That in itself makes them remarkable. I’ve chosen I’m A Cuckoo not only as it’s a great song, but also for the cameo from the mighty Alan Wells:
One of the defining albums of the decade was Destroy Rock n’ Roll from Skye’s Miles MacInnes, better known as Mylo. Uncomplicated, fun and smart, there is not enough of this around. For a couple of years these songs were ubiquitous. Despite that the album still sounds fresh, and this is testament to its quality. This track brings together Kim Carnes and Boy meets Girl which shouldn’t work but does. I love it, it’s In My Arms:
Scottish artist of the decade? For me one clearly stands out and he is James Yorkston. Whether solo, with The Athletes, with the Big Eyes Family Players, or with other collaborators (of which there were a few),Yorkston is consistently brilliant. This is especially true when seen live. Rarely has a ‘folk’ musician managed to raise the roof as Yorkston does, indeed the only guys I have seen who compare are Richard Thompson and the late John Martyn. Here is the lovely Steady As She Goes:

The next two are live clips from two of my all time favourite artists. The first is Roddy Frame who released two fantastic albums in the last ten years; 2002’s Surf and 2006’s Western Skies. Sometimes there are artists who are just so consistently brilliant that people seem to take them for granted. Elvis Costello is one who springs to mind, and I would place Frame in that category. I own everything he’s ever done and any life is improved by his music. From Surf, this is Over You:

My desert island disc is The Blue Nile’s Hats, but I love every second of their music. 2004’s High runs Hats close, and I cannot give higher praise. If I could, believe me I would. If I was to recommend one album from the last ten years that every one should own it would be High. Unsurprisingly, after all this hyperbole, my best gig of the last ten years was The Blue Nile at Glasgow’s Royal Concert Hall. I think you get the drift; from High this is I Would Never and reaffirms to me that there is no one who moves me like Paul Buchanan can:

So that’s it for the 2000’s. Just bubbling under were Boards of Canada, Stephen Lyndsay, Monica Queen, King Creosote, Looper, My Latest Novel, Popup and Primal Scream but I was determined to stick to ten. Not that it overly matters in the scheme of things.
I’m off to play The Blue Nile and have a glass of something nice. Have a Happy New Year and a great 2010. 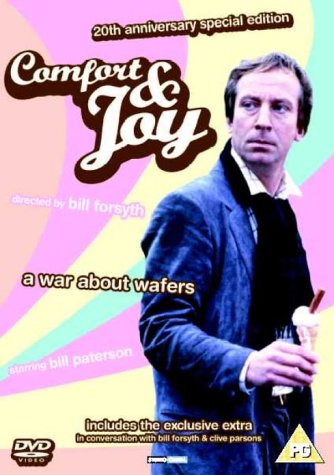 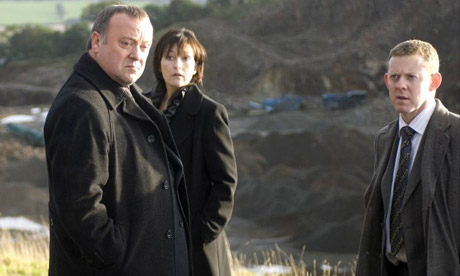 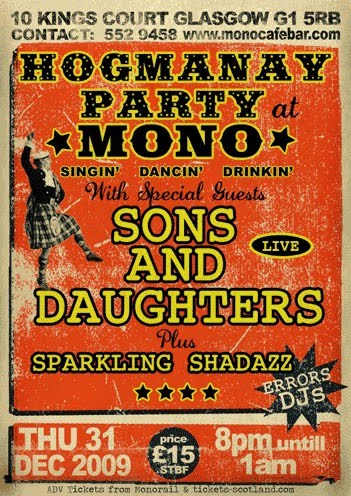 Sing in the New Year…