For many of us August means Edinburgh and its attendant festivals. As ever, the Fringe in particular has so much on offer that it can be tough to see past the big names, sort through the plethora of posters, and separate the wheat from the cultural chaff. To help you do so here are Scots Whay Hae!’s Top Ten picks of the Fringe. There’s comedy, poetry, theatre, music and more – hopefully, something for everyone. 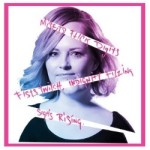 This Script and Other Drafts (Jenny Lindsay), Aug 13-14, 21-22 – Scottish Storytelling Centre
At a time of schisms within feminism, ongoing revelations of #MeToo, endless discussions about womanhood, and sirens being the soundtrack to our newsfeeds, Jenny Lindsay found herself getting a bit angry in 2017… Putting that anger to work she wrote a series of univocal poems, invented a superhero on her period, explored the rifts within feminism, set up a date with capitalism and penned some poems based on comments on PornHub videos. Amongst other drafts… Come join an award-winning poet for an evening exploring sex, gender and feminism. Can she rewrite this script? Can you?

Reading the Streets: An Old Town Poetry Tour, Aug 4-27 – Scottish Poetry Library
Weaving through courtyards, kirkyards and vennels, hear poems about Edinburgh past and present written by residents, tourists and those who visited only in imagination, including Robert Burns, Victor Hugo and the great Anon. The city has inspired tragic ballads and heartfelt love-songs, poems celebrating its dramatic beauty and poems attacking its grey narrow-mindedness. Ken Cockburn has led poetry walks on the Royal Mile since 2007.

Blue Rose Code Presents: This Is Caledonian Soul, Aug 14 – The Queen’s Hall
What is Caledonian Soul? Ross Wilson (aka Blue Rose Code) will attempt to answer this question with the help of a 14-piece band and some well-known musical friends. Latest album The Water Of Leith won The Skinny magazine readers’ Album of The Year poll, and both album and live appearances have garnered plaudits from both audiences and critics for Wilson’s intelligent, passionate and lyrical mix of folk, jazz and… Caledonian Soul. ‘Imagine John Martyn meets a young Van Morrison shipwrecked with a crate of Chet Baker records’ (Time Out). www.madeinscotlandshowcase.com

Ashley Storrie – Adulting, 2-26 (free & non-ticketed) – Laughing Horse @TheCountingHouse
Scotland’s favourite funny girl and viral internet sensation Ashley Storrie returns to Edinburgh with a brand-new show about not growing up. With the world most likely ending quite soon, Ashley believes we should all have a laugh and be a bit more honest particularly about the myth of “adulthood”… nobody really grows up, we’re just great at pretending! ‘A total revelation’ (Dawn French). ‘With funny witty one-liners which are as hilarious as they are true’ (TheWeeReview.com). ‘Breakout star of the Scottish comedy scene’ (Skinny).

Trainspotting Live, Aug 3-7, 9-14, 16-21, 23-27 – Venue 150 at EICC
Acclaimed immersive adaptation of Irvine Welsh’s classic, staged in a unique tunnel beneath Edinburgh’s streets. The audience are literally part of the action, including the notorious ‘worst toilet in Scotland’ scene. Direct from a global tour, this is a ticket to ride you won’t soon forget. Sold out Fringe 2015, 2016 and 2017 – so book early! Choose life. ‘A big fat hit, just don’t sit near the toilet!’ (NME). ‘Must see for fans of the novel and film alike’ **** (Telegraph). ‘Best way to experience Trainspotting. I was shocked and I wrote the f*cking thing!’ (Irvine Welsh).

What Girls Are Made Of, Aug 3-5, 7-12, 14-19, 21-26 – Traverse Theatre
In 1992 a schoolgirl from Fife was catapulted to a rock star life in an indie band. Touring with Radiohead, partying with Blur, she was living the dream. Until she wasn’t. Based on her teenage diaries, this is the true story of Cora Bissett’s rollercoaster journey from the girl she was to the woman she wanted to be. Performing with a live band, directed by Orla O’Loughlin, Cora celebrates life’s euphoric highs and epic shitstorms, asking what wisdom we should pass to the next generation and which glorious mistakes we should let them make. www.madeinscotlandshowcase.com 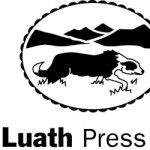 Scotlands Fest 2018 Aug 20-24 – Quaker Meeting House
What was it like to paint Muriel Spark’s portrait? What is the connection between computer code, myth and magic? How do we grow a better Scotland? Does politics matter? All this and more at ScotlandsFest sessions with writers, artists and thinkers, where you are also invited to have your say. Enjoy 15 varied afternoon sessions of stimulating conversation, readings and debate covering issues from identity and belonging to football and Scottish Orientalism. Mounted by Luath Press, publisher of two Saltire Award-winning books in 2017. For details of what’s on each day of the show, please visit www.luath.co.uk/scotlandsfest-2018.

NEHH, Made in Scotland and Meursault Present… Crow Hill, Aug 15 & 16 – Summerhall
Meursault presents Crow Hill, a series of urban horror story vignettes, set in the titular, fictional, Scottish town. A project comprising of a studio album, a feature film and a graphic novel, Meursault will be performing Crow Hill in its entirety, accompanied by projections, dancers and actors. The band will be supported by Carla J. Easton on 15 August and Adam Stafford on 16 August. www.madeinscotlandshowcase.com

Aye, Elvis by Morna Young, Aug 2-8, 10-19, 21-26 – Gilded Balloon Rose Theatre
‘Yer a wifie. Dressed as Elvis. In Aberdeen!’ Joyce Falconer (River City) stars in this A Play, A Pie and A Pint smash hit, directed by Ken Alexander. Joan is an Elvis impersonator with big dreams. With the regional heat of Ultimate Elvis approaching, Joan knows there’s work to do. But Joan has The King inside – and The King always wins. Will she find her way to Graceland, to love and riches? Aye, Elvis is a story about escapism, identity and a Doric Elvis. 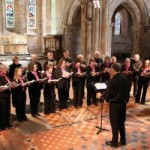 Rachmaninov Vespers, Aug 18 & 19 – Greyfriars Kirk & Canongate Kirk
The highly acclaimed Rock Festival Choir (Alnwick’s a cappella Chamber Choir) under its director Peter Brown come to the Fringe for the first time to sing Rachmaninoff’s wonderfully rich All-Night Vigil (more commonly known as the Vespers) in the fantastic acoustic of two of Edinburgh’s oldest kirks – Greyfriars and Canongate. At the end of a hectic day at the festival, Rachmaninov is a perfect way to reflect and unwind.

As you can see, a few of the above are part of the Made In Scotland Showcase 2018, and here is a trailer of all the shows they are involved with this year:

You can peruse the full programme here. Enjoy your Fringe.