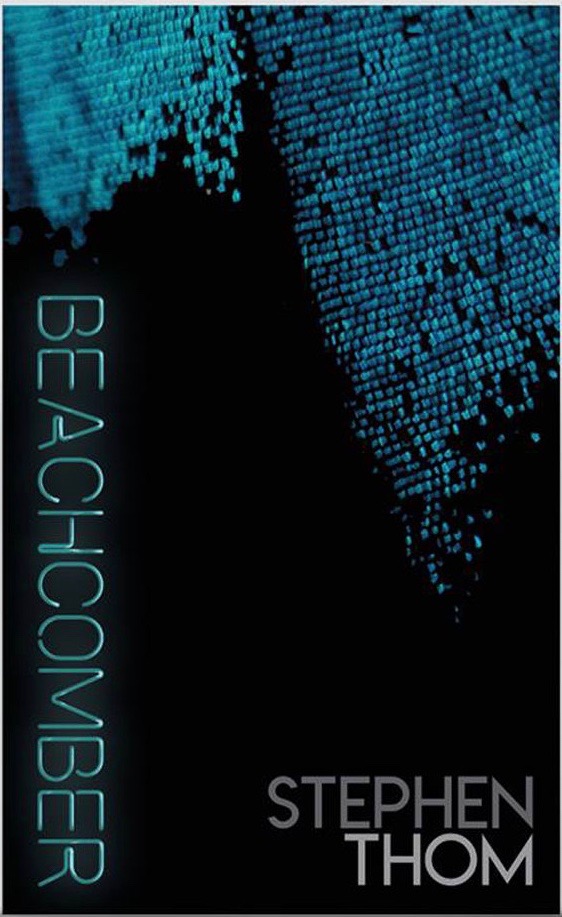 Back in March we included Dante’s excellent album I Wear Your Weight With Mine (below) in our monthly musical roundup. At the time we said this –

“Sounding like a Celtic Arcade Fire or Band Of Horses, like those bands they are not easily pigeonholed or categorised. Their music has been described as “subtly anthemic”, which may seem like a contradiction in terms until you hear the songs and then it all makes sense. Rooted in folk music but taking it to new places, their songs have a resonance and vitality which grows which each listen. Dante are a band who you cannot ignore.

Dante got in touch to ask if we knew there was an accompanying book of short stories, written by their mandolin player Stephen Thom, called Beachcomber, the name of the first track on I Wear Your Weight With Mine. The more cynical among you may think this is one band member taking the chance to release his words on the back of the music, but you would be wrong. Thom is already a published writer, and these stories are intrinsically linked to the songs, with titles and lyrics shared across both.

Thom’s tales are dark, almost supernatural in places, but also deal with subjects such as love, loss, drink, depression, regret, recovery, fucking-up and forgiveness. There is little dialogue, with an inability for characters to communicate something else which these stories share. Thom uses internal thoughts and arresting imagery to tell the story, showing the reader what is going on rather than telling them. The central character of K struggles to make sense of his place in the world, overawed by life and struggling to get through.

While this may seem bleak, there is a humanity and searing honesty in Beachcomber’s depiction of a man falling apart, trying to put himself back together, and start again, and also makes clear the effect this has on others. There is more than a hint of Ron Butlin’s The Sound Of My Voice or John O’Brien’s Leaving Las Vegas, but also the short stories of Anneliese Mackintosh’s Any Other Mouth. However, Thom’s is a style and voice which stands aside, and I hope there is more to come from him soon.

I Wear Your Weight With Mine is a terrific album – one which gets better with every listen and which is well on its way to being one of the best of the year. Beachcomber is an insightful, emotional and at times heartbreaking collection of stories which contain some of the most memorable short fiction I have read for some time. While both record and book stand on their own, when taken together they make a greater whole, and you can get a copy of I Wear Your Weight With Mine and Beachcomber on their Bandcamp page.

One of my favourite stories in Beachcomber is ‘Rose’, and here is the “matching” track to give you a better idea as to what Dante do: