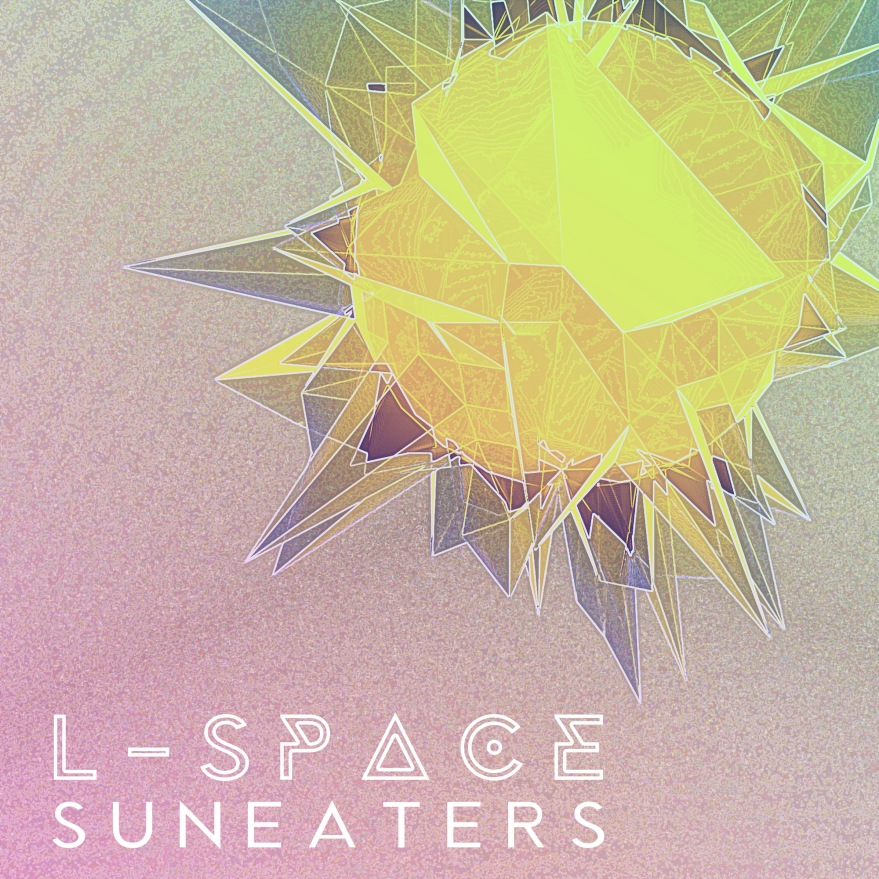 The hope is always that our monthly music reviews offer something of interest to all, but, without wanting to go overboard (although, “Why stop now?”, you may ask), this has been perhaps the most enjoyable to put together due to so much good music being released in the last month. It may be the multivitamins talking, but it feels like this could be the best New Musical Success…ever!

It’s certainly been difficult to reach a final eight. There’s some great tracks which just missed out, but hopefully that makes the final cut all the better. Featuring firm SWH! favourites, and with the warmest of welcomes to old friends and new, if there is a unifying theme to the music featured it is one of hope in these most difficult of times, and that should gladden your heart. But enough of this preamble – let the hyperbole begin!

Regular readers will know that our love for all things L-Space knows no bounds. They are a band who seem incapable of making anything other than magical music – a place where classic electronic pop meets the future. Their sound is as much influenced by movie soundtracks as other bands, lending it an epic, expansive feel which makes them stand out from the crowd. With each new release they give a glimpse of what is promising to be a wonderful bigger picture in the shape of their first album, due to be released on Last Night From Glasgow later in the year.

The latest single ‘Suneaters’ is the perfect example of this. Sci-fi dream pop at its finest, while it stands alone as a great single, when added to what has gone before, and what is surely to come, it only confirms L-Space as a band to see us through tough times. I’m a believer:

Another band who continue to live up to and surpass their early promise are Half Formed Things. ‘February’ is the first single from their album To Live In The Flicker and if ever a song fitted the times it’s surely this one, especially when you view the accompanying video from Unfolded Collective. Urgent and irresistible from the very start, it’s driven by drums, chiming guitars and an infectious piano loop before the vocal harmonies bring a warmth and emotion which catches you unaware. It’s a multi-layered sound which gives up more each time you listen, with an ebb and flow in a manner similar to Doves or Radiohead. This is ‘February’ and, without wanting to give away any spoilers, stay till the very end:

Following on from bands who made their mark in 2017, Megan Airlie is someone who has grabbed our hearts and minds in a similar manner from the first listen of her recently released debut single on Bloc Music Records, ‘After River’. Backed by a simple acoustic guitar and the lightest touch of electronica, Airlie’s breathtaking and unmistakably voice is out of time and ageless, reminiscent of (and I don’t make these comparisons lightly) Beth Gibbons and Hope Sandoval. However, Megan Airlie has not come to imitate,  but create music which is all her own and if ‘After River’ is any indication the future is hers:

While we are talking about SWH! favourites, next up – well it’s only Modern Studies! They’re back with new music in the intriguing and deceptively complex shape of ‘Mud And Flame’. The song is taken from their forthcoming album Welcome Strangers. For those who fell for their previous record, Swell To Great, the wait for something new has been well worth it. Strings, vocal harmonies, and traditional, and not so traditional, instruments interweave to produce music which manages to be both melancholy yet heartening, harmonious yet with a sense of dissonace. Nothing makes the point better than the vocal harmonies of Emily Scott and Rob St John, whose voices work so well together they almost become one – almost, but not quite. Discordant harmony – that’s the phrase which kept coming to mind with every listen of ‘Mud & Flame’. It’s a difficult feat to pull off, but Modern Studies continue to get the balance right:

Errant Boy’s last single ‘Means’ was one of SWH!’s Tracks Of My Year for 2017, and confirmed they are one of the finest bands around. Continuing to fly the flag for the indie purist, their latest single, ‘We Like You’ visits ‘Brassneck’ era The Wedding Present, The Close Lobsters, The Monochrome Set, The Orchids – in fact many bands with a definite article to their name. Errant Boy’s music sparkles and shines like few others can manage, understanding that when it comes to great indie-pop less is almost always more:

One of the most recognisable voices in Scottish music undoubtedly belongs to Tracyanne Campbell, best known as the lead singer of the legendary Camera Obscura. She is back as one half of the duo Tracyanne & Danny alongside Danny Coughlan of Crybaby. Their self-titled album is due in May, but the first track released is right here, right now. It’s called ‘Home & Dry’, and from the opening lines you are reminded of all the reasons why Camera Obscura and Tracyanne mean so much to so many people. Brand new and magnificent, and with a mix of fragility and strength which is all too human, Campbell & Coughlan’s voices complement each other with rare ease and grace. ‘Home & Dry’ suggests that there is a new favourite record coming your way very soon. Stay tuned for further details:

We seem to have been flagging up new albums throughout this roundup, and we’re not going to stop now. Dante have I Wear Your Weight With Mine out on the 9th March, and to give you a flavour here is ‘Rose’, a song which is the perfect introduction to their mix of folk, rock and pop. Sounding like a Celtic Arcade Fire or Band Of Horses, like those bands they are not easily pigeonholed or categorised. Their music has been described as “subtly anthemic”, which may seem like a contradiction in terms until you hear the songs and then it all makes sense. Rooted in folk music but taking it to new places, their songs have a resonance and vitality which grows which each listen. Dante are a band who you cannot ignore:

SWH! was late to James Edwyn & The Borrowed Band and their 2017 album, High Fences, which had been heard and praised far and wide by the time it was playing round our way. However, it has proved to be one of the most enduring records of the last six months, rarely off the turntable for too long, and a new single, ‘Pushing Statues’, seems the perfect excuse to publicly declare our love for High Fences and help spread the word. Incorporating the best of Americana, such as old Crow Medicine Show, Calexico, Whiskeytown, The Handsome Family – basically many of our favourites bands of the last 15 years, they make their own distinctive and easily identifiable sound. If you haven’t heard James Edwyn & The Borrowed Band then ‘Pushing Statues’ is a great place to start, but I guarantee the relationship won’t end there:

Told you it was a good one. But before you go back to the top and play all over again, we want to thank everyone who sends music to SWH! for consideration. I can honestly say we listen to everything which comes our way, and, while the March roundup is filling up already, there is still space so if you have something coming out in the next month, or anytime, and you’d like it to be considered for review then email scotswhayhae@gmail.com. We couldn’t do it without you.

2 thoughts on “New Musical Success: A Review Of The Best In New Music…” Leave a comment ›