August means Edinburgh, and there is so much on offer that it can be tough to separate the wheat from the cultural chaff. You can peruse the full programme here, but to give you some guidance here are Scots Whay Hae!’s pick of the Fringe. There’s comedy, theatre, music and more – hopefully, something for everyone.

Gary McNair – Letters To Morrisey – Traverse Theatre (Venue 15) ​
It’s 1997. You’re 11. You’re sad, lonely and scared of doing anything that would get you singled out by the hopeless, angry people in your hometown. One day you see a man on telly. He’s mumbling, yet electrifying. He sings: ‘I am human and I need to be loved, just like everybody else does’. You become obsessed with him. You write to him. A lot. It’s 2017. You find those letters and ask yourself: ‘Has the world changed, or have I changed?’. Gary McNair returns after his award-winning sell-out show A Gambler’s Guide to Dying. www.madeinscotlandshowcase.com

Irvine Welsh & Dean Cavanagh – Performers – Assembly Rooms (Venue 20)
Making its debut in Edinburgh, Performers is a black comedy from Irvine Welsh and Dean Cavanagh. The longtime collaborators have turned their attention to 1960s swinging London and the making of the film Performance, a violent and trippy cult film that starred Mick Jagger and James Fox. The play revolves around two gangsters auditioning for roles and how far they will go to impress. Sexuality, identity, memory and Francis Bacon are examined as the pair try to make sense of the situation they have found themselves in. In 1960s swinging London, naked ambition trumps everything.

– Underbelly, Cowgate (Venue 61)
1972, Idi Amin ordered the expulsion of Ugandan-Asians under a 90-day deadline. From Uganda to Dundee, a woman grows up knowing nothing about her homeland, haunted by Amin’s impact on her destiny. Returning to Uganda years later she confronts his ghost. This is one story from a community in exile that sheds light on a unique period of untold history. Performed to a live soundtrack (Patricia Panther, Glasgow Girls) through the street sounds of Dundonian dialect as a homage to Jaimini’s city: the ‘D’. Part of madeinscotlandshowcase.com.

– Heroes @ Monkey Barrel(Venue 515)
A comedian like no other. There’s so much humour in the hour it’s hard to breathe. This original comedy genius is like a Choose Your Adventure. The free-forming journey that is utterly unforgettable! Still one of the best and most unpredictable performers around. Every show different from the last.

David Kay – Solo Show – The Stand Comedy Club (Venue 5)
David Kay is one of the hidden gems of the Scottish comedy circuit, as seen on Comedy Central’s The Alternative Comedy Experience and heard as Modrin McDonald 21st Century Wizard on BBC Radio 4. Quirky, surreal, impressive, surprising and awesome… ‘Kay arrives looking as though he should be in an art school indie band yet talking as if he’s a senior citizen’ (Scotsman). ‘Reminiscent of the deadpan American surrealist Stephen Wright… wonderfully improbable…’ (Scotland on Sunday). 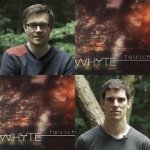 WHYTE – Fairich Live –  Scottish Storytelling Centre(Venue 30)
Fairich: Live is an immersive audio-visual experience by Gaelic electronica duo WHYTE. Their album Fairich, released in October 2016, contains new arrangements of rarely-heard 17th- and 18th-century Gaelic songs, as well as original compositions and has drawn comparisons with the likes of Sigur Rós and Martyn Bennett. Ross, originally from Aberdeen, is a composer, sound artist, and co-director of the interdisciplinary group Orphaned Limbs Collective. Alasdair, from the Inner Hebridean island of Mull, is a Mòd gold medallist and has recorded with the likes of Niteworks and Struileag: Shore to Shore. A Made in Scotland Showcase: madeinscotlandshowcase.com 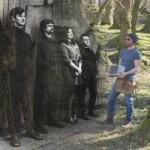 Modern Studies and Lomond Campbell With the Pumpkinseeds Chamber Orchestra – Sounding – Stockbridge Church(Venue 317)
Two of Scotland’s most critically acclaimed new acts present their unique brand of pastoral and lyrical pop, enhanced by intricate arrangements for the renowned Pumpkinseeds strings, brass and voices, in a spectacle of contemporary indie talent. After the success of Swell to Great – Modern Studies will debut songs from their ambitious sophomore LP (due 2018). Lomond Campbell’s album Black River Promise will be presented in its sublime entirety. www.madeinscotlandshowcase.com 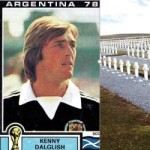 – theSpace @ Surgeons Hall(Venue 53)
Danny McLure goes to Argentina to support Scotland in his country’s 1978 World Cup campaign, but then finds himself at war with the people he has fallen in love with. Set against the emotional backdrop of fierce rivalries on the pitch and on the battlefield, Don’t Cry For Me Kenny Dalglish is an intense one-man show that follows Danny’s journey from a 1970s Glasgow adolescence of music and football to coming face-to-face with Argentina – the warmth and passion of its people and the brutality of its dictatorship.

–  Scottish Storytelling Centre(Venue 30)
Meet the real edgy Bard. In crisis and contradiction but at full creative stretch. Rough Cut brings you Burns in the raw for the 21st century. Based on Donald Smith’s controversial novel Between Ourselves, it focuses on the pivotal crisis of Burns’s life and career – his stay in Edinburgh. Recreating his lost (or unwritten) diaries, we meet Edinburgh, high and low through Burns’s eyes – encountering the familiar and unexpected. It’s the man behind the myth, but one who wears many masks.

As you can see, and by pure coincidence, quite a few of the above are part of the Made In Scotland Showcase 2017, and here is a trailer of the shows they are involved with: