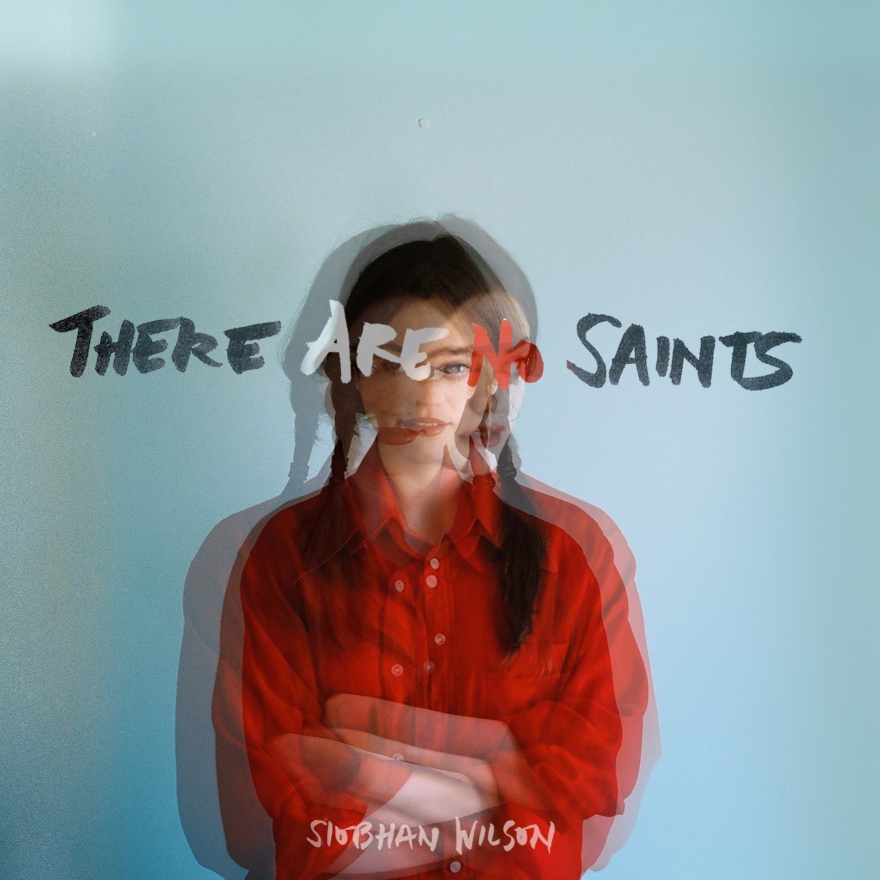 One of the more welcome musical trends of the past couple of years has been the return of the album. Long-playing records where every song works with and enhances the others, rather than just being a collection of vaguely related tracks. Just a few examples are Modern Studies’ ‘Swell To Great’, Ette’s ‘Baby Lemonade’, Louise Bichan’s ‘Out Of My Own Light’, Washington Irving’s ‘August 1914’ and The Great Albatross’s ‘Asleep In The Kaatskills’, and to those you can now add Siobhan Wilson’s ‘There Are No Saints’, an album so personal, poignant and simply beautiful that it’s not just a pleasure to listen to these songs, it feels like a privilege.

Showing admirable restraint in terms of production, it’s an album that allows Wilson’s songs and vocals to be at the fore. The short opening title track sets the tone. It’s a simple yet intricate mix of piano and multiple harmonies which is over far too soon, but as it then moves into ‘Whatever Helps’, one of the best singles of the year so far, you soon forget that. ‘Whatever Helps’ has echoes of American songwriters of the ‘90s, such as Kristin Hersh, Aimee Mann and, particularly the god-like Liz Phair. The low-key grunge guitar and Wilson’s voice work together effortlessly to tell the tale of someone who is having difficulty moving on, and finding that the songs they listen to and books they read offer cold comfort, but comfort nonetheless. It’s all part of the process.

‘Dear God’ is a plea for a sign that there is someone there to listen, understand and forgive, even when the evidence is slim. Faith in the future can be as ephemeral as that in a higher presence, which makes the album’s title even more apt. ‘Paris Est Blanche’ is the first of two songs sung in French which retain that simple production, and, perhaps inevitably, reminds me of ‘Le Fil’ by Camille and Charlotte Gainsbourg’s ‘5.55’.

‘Disaster and Grace’ is devastating, with Wilson accompanied by piano which then makes way for strings and harmonies, before the singer lets her voice truly soar for the first time. Understated yet epic – it’s a song of memory, longing and loss that tells you enough to understand but with the knowledge that there is more left unsaid. ‘J’attendrai’ (‘I’ll Wait’) proves once more that Wilson is as equally comfortable singing in French as she is in English, but also that you don’t need to understand what is being said to comprehend the sentiment.

‘Incarnation’ again highlights the important decisions made when it comes to the production. The low-growling guitar is used to indicate the emotional shift rather than Wilson’s vocals, which other records would have done. She keeps her poise and control but you are left in no doubt as to the strength of feeling underlying the lyrics. ‘Make You Mine’ sees Wilson make a promise to herself and her potential dance partner, but unsure as to how to make good on that promise, and ‘Dark Matter’ is about the realisation that some things will remain unknowable about a lover. You may never find out all the “what’s” and “why’s”, no matter how much you may wish it to be otherwise, and acceptance of this is essential.

‘Dystopian Bach’ is an instrumental which starts with discord but ends in telling clarity, mimicking the moment when the mind moves from being almost overwhelmed with thoughts fighting to be heard, and then becomes quiet and clear once more. As well as being a summary of the album as a whole, or at least the central theme of moving on from heartbreak, it hints at interesting musical directions for the future. The album closes with ‘It Must Have Been The Moon’ which has the singer realising that there may be other factors involved in falling in love, and that something things are bigger than we often comprehend as we concentrate on our own lives. It’s the perfect end to a perfect album.

The albums I return to most often are those that empathise with and often intensify the emotions and sentiments that are central to ‘There Are No Saints’. They are filled with memories of something loved and lost, and which may never be found again, but where there is ultimately hope. The Blue Nile, side two of Bob Dylan’s ‘Oh Mercy’, Frank Sinatra’s In ‘The Wee Small Hours’, Elliot Smith’s ‘XO’, Liz Phair’s ‘Exile In Guyville’ Nick Cave & The Bad Seeds ‘The Boatman’s Call’, and many more – all records not to be taken lightly, and with which ‘There Are No Saints’ shares DNA.

But what makes the album stand apart is Wilson’s voice. It is an instrument all of its own – pure, cool and elegant, but which manages to convey more emotion in a phrase than most singers will ever manage. ‘There Are No Saints’ is clearly an album Siobhan Wilson had to make for herself. But, in doing so, she has written a record to remind us all that we are never truly alone, and that there is always someone who understands. The very definition of a must hear record.

*A version of this article first appeared over at Product Magazine, the place for all your cultural information and needs…

Tagged as: Siobhan Wilson, Song By Toad, There Are No Saints