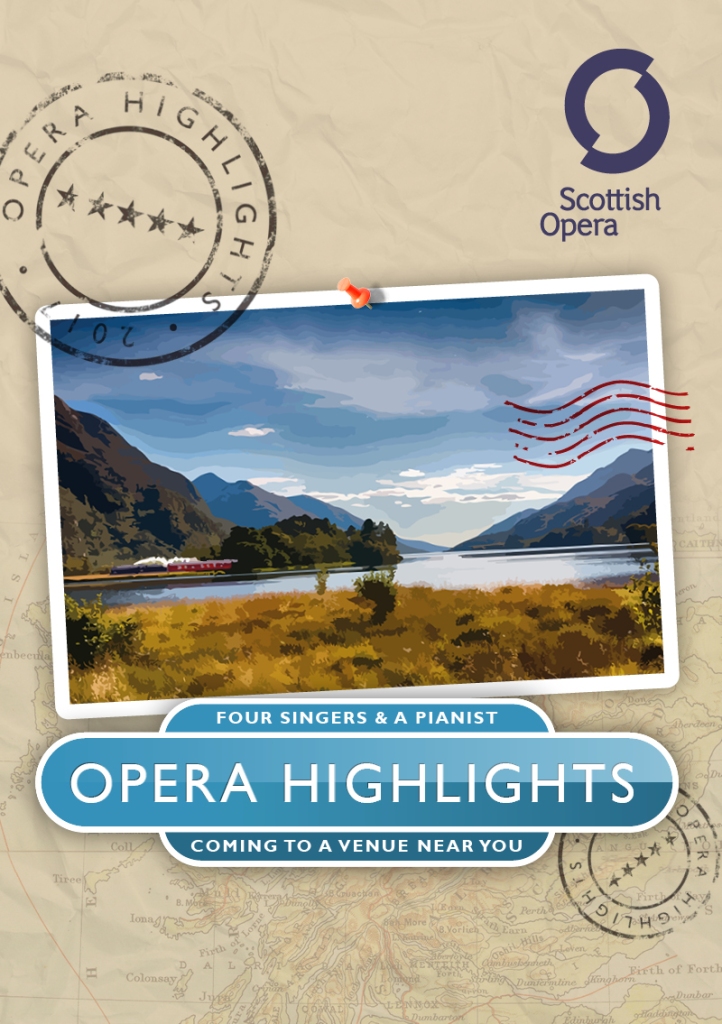 Scottish Opera is hitting the rails, and they’ll be doing so at a venue near you from 16th Feb – 18th Mar, traversing the Borders to the Highlands and Islands, and moving from the west coast to the east. The show is Four Singers & A Pianist and it is their annual Highlights show which has gained a reputation for being an essential event for music lovers.

Having been lucky enough to be in attendance at Easterhouse’s Platform for their first night I can confirm that this reputation will only be enhanced this year. The structure of the show is that four singers are on a train about to undertake a tour of Scotland, visiting the lesser visited corners of the country to spread the word and the music, when problems beset them. Taking classic and lesser known works, they weave them together to show off not only the breadth of music opera has to offer, but also allowing the performers’ to shine.

The four are mezzo-soprano Emma Kerr, soprano Roisin Walsh, Tenor Elgan Llyr Thomas, and Baritone Adam Gilbert. They all get the chance to make their mark individually, and they seize it with brio, but it is when they are together in duet, trio and quartet that they soar, working together as a small but perfectly formed company. They are more than ably backed on piano by musical director Jonathon Swinard, and the sense of ‘let’s do the show right here’ only adds to the evening’s charm. Regular patrons of Scottish Opera will be used to lavish, clever and intricate sets, but the simplicity and ingenuity of this production allows the voices and performances to be the undeniable stars of the show.

The selection of music is reliably well judged offering something for everyone, from opera aficionados to the more casual fan. Puccini, Handel, Verdi, Mozart and Schubert are all represented to please the traditionalist, as well as Quilter, Weill, Ravel and Cilea for those who prefer their opera more 20th century. We are even offered a taste of Scottish Opera’s Composer In Residence Lliam Paterson’s latest work, Bluebeard’s Castle, which promises to marry Bartok and Bake-Off to great effect. A forthcoming co-production with independent theatre company Vanishing Point, Bluebeard’s Castle will open alongside The 8th Door in Glasgow and Edinburgh this Spring.

But to get you in the mood for that, and the imminent and eagerly awaited production of Pelléas and Mélisande, you should try and catch Four Singers & A Pianist when they are in town, starting in Maybole, Ayrhsire this evening (16th Feb). They are then stopping off at many points around the country, from Banchory to Brodick, Dumfries to Durness. You can see the full schedule here where you can also book tickets. Of course it is for opera fans, but will also interest those who know Franz Ferdinand and Kurt Cobain better than Franz Lehar or Kurt Weill. If you have a music fan in your circle who has never given opera a try, this is the perfect introduction for them. All aboard.

Here’s a taste of what to expect:

And stills from the show… 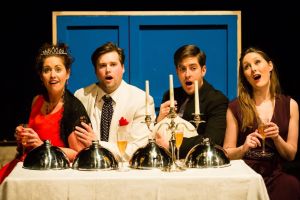