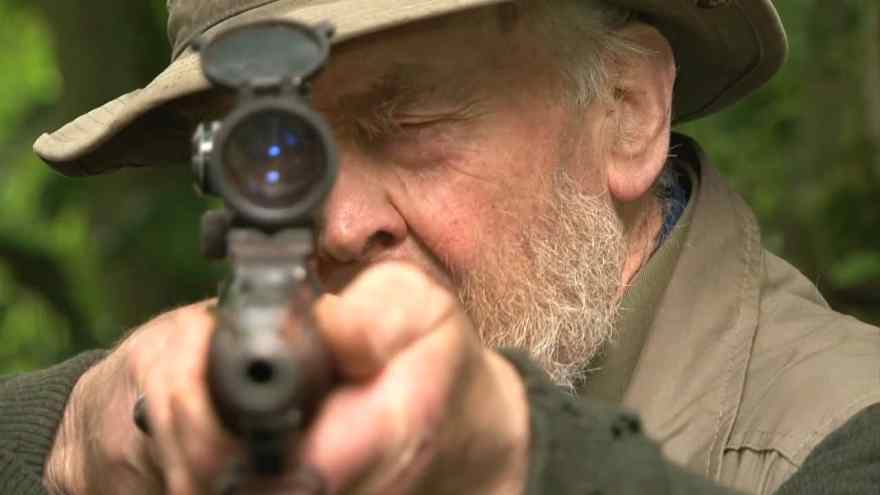 David Graham Scott’s The End Of The Game is described as “A bizarre journey to Africa with a vegan filmmaker and an old colonial big game hunter.” In truth, that description just scratches the surface of what may prove to be the most controversial film at this year’s Glasgow Film Festival, most probably for people who only engage with it on the most simple and perfunctory level. Those who are willing to look beyond the perceived stereotypes which that description suggests will discover a layered and complex picture of a man out of time facing his own mortality, and the disappearance of all that he once held as certain.

It is also as much about the director himself and his growing relationship with his leading man and his beliefs, and how they appear to directly oppose his own. Scott avoids bringing his own preconceptions to the making of the film, and that’s the way an audience should approach it as well.

I was lucky enough to talk to Scott about The End Of The Game, and it’s clear that while this is different in terms of place and people from his previous films, which include Iboga Nights and the brilliant Wireburners, it became as personal as any other, which is arguably the defining feature of all his work. He is a director who makes films not because he simply wants to, he simply has to.

SWH!: Hi David, could you give a synopsis of The End Of The Game?

DGS: The film follows a man called Guy Wallace as he prepares to go on his last big game hunt and fulfil his ambition to bag the Cape buffalo. It’s Guy’s last chance to relive his glory days in the African bush and finally lay down his guns. At its core The End of the Game is about the relationship between myself as director, vegan, and animal rights supporter, and the ageing hunter, which is how Guy Wallace defines himself. It is the central drive of the film, exploring the ethics of big game hunting and which had me questioning my own animal rights stance when faced with the realities of a hunt.

SWH!: Why make this film in particular?

DGS: I had been working on another documentary called  Arcadia which was set on a hunting estate in Caithness, although the film itself is more to do with wind farms. But when I was filming on the estate I met this incredible character who lived in this ramshackle caravan. He seemed to me, at first sight, like an old, British colonial relic. It was like finding a prehistoric fossil or similar.

SWH!: This turns out to be the man you call “Sir Guy” Wallace (see below). From the 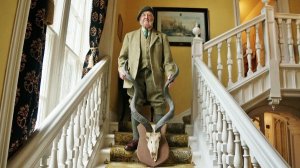 outside it’s difficult to imagine two more different people; the liberal, vegan film-maker and the colonial big-game hunter. How did your relationship with him, and the film, unfold?

DGS: As with most of my films what develops is more than you imagine initially, and circumstances affect this as well. I actually started filming about eight years ago but I had no funding. Then Hopscotch Films and Creative Scotland offered funding, and this allowed me to go to Africa. I then had to film everything I could to make it work as people’s lives can’t be put on hold to suit your documentary.

In the meantime, Guy kept changing his mind about where he wanted to do his hunt. I should point out that he was funding the hunt himself. This was money which may arguaby have been better spent elsewhere as he was living in the most ramshackle, cobweb-infested caravan while his croft crumbled. But, one moment it was Tanzania, the next somewhere else – he couldn’t settle. Eventually we ended up near Kruger Park in South Africa. So it was a long waiting game, and a getting to know you period. It wasn’t constant, though, as in that time I also made Iboga Nights, but eventually everything tied together nicely and we went to Africa in 2015.

There is a build up to that as around a third of the film is shot in Caithness, and that is the initial getting to know you period, for the audience as well as me. There will be people who think I am pandering to a man who holds what can be seen as reactionary views, and which I don’t agree with, but I genuinely feel that this is a an individual from another era. There will be those who will write him off, but I couldn’t and would not do that. I don’t see the world in this black-and-white way.

SWH!: The film is as much about Guy raging against the dying of the light – about his own mortality. He says, “Inside this 73-year-old bloke is a 33-year-old hooligan trying to fight his way out”. Is this something which you also wanted to explore?

DGS: It’s a vital part of the film – an integral moment. You can’t plan it, you just try and capture these things. It shows the vulnerable side of him when he talks about being an old man in decline, but it can also be seen, if you like, as the end of the age of Empire. The last colonial standing. That may seem a bit cliched, but from the outside Guy is a walking cliche. The last big game hunter.

SWH!: Did making this film change your view on hunting?

DGS: I have been vegan for the vast majority of my life and am a supporter of animal rights, so by all rights should be against the whole undertaking. However, I have to admit the intricacies of the hunt and hunting were fascinating, and I did get drawn into the process on a primitive level. But the film is about complicity as well – my complicity at being drawn in to the hunt, and also building a bond with this man. In both cases, the story was not as simple as it first appeared, and I had to explore that. This is one man’s story, I’m not making any sweeping statements about hunting just as I’m not about him. I’m ready for those who will attack me for making it, and making it in this way, but it was the only way the film was going to work for me. 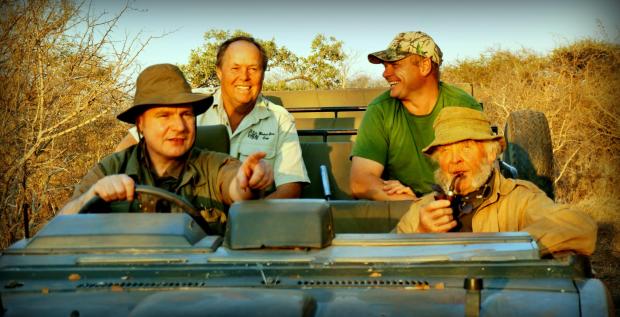 The SWH! review of The End Of The Game can be read here…

1 thought on “Talking Movies At GFF17 – #1: An Interview With The End Of The Game Director David Graham Scott…” Leave a comment ›